A downloadable game for Windows

Something In The Shadows is a student-created horror game experience set in a creepy old house. A mysterious force really doesn't want you here... can you escape in time?

This game experience was made for a Real-Time Design class at the Rochester Institute of Technology. As such, it is free and will always be.

All assets and textures were student made, audio was taken from royalty-free sources and mixed by me, full credits are in the game itself.

Please wear headphones for a more immersive experience, and have fun!! :)

Unzip the folder, and look for the .exe a few folders in and run it!

Will only run on PC as of now.

Awesome little game. Sorry I had to repost this video

No clue why I havent played this game before but it was well worth it ! Well made. Game here :

I had a fun time playing this game. The atmosphere was good and I like the subtlety of stuff (like the pictures for example.) Very believable environment and overall just a positive experience all around in my opinion. Thank you for making it!

this game is pretty well made and the mechanics are cool i also really appreciate the monster showing up in the pictures around the house it was a very neat little detail and the monster itself was pretty creepy. i appreciated that it didn't just jumpscare you and you die i liked that it was actually stalking you as you went around the house overall pretty good game worth checking out if you want to see my reaction to this game here it is.

LMAO THIS GAME WAS WEIRD AND SPOOKY AF. HAD TO ADD IT TO MY 3 SPOOKY GAMES SERIES!

Something In The Shadows (Horror Game

My video playing it

Thank you for the experience, i got a little lost lol

Love the atmosphere and the shadow figure in the painting! The ending was really good just wish there were more scares like that throughout the game! Check out my full review and gameplay here

Nice execution! I think the creep factor was great! I think you did a solid job of creating a suspenseful environment.  It would be nice to have something more to push the fear factor.  Your game is the second game in the video.

Was a  super fun game to play and loved how the shadow thing just stares at you at the end and the whole painting becomes shadow creature; that was a great touch. Was a really fun game to experience! Good luck on future games!

Super creepy game. I had goosebumps for most of the game. I really enjoyed the gameplay and included it in a 3 game gameplay that I will link below if you are interested, gameplay starts at  40 seconds

That was a really creepy experience! Kinda wish it was more "jumpscarish" towards the end but still I loved the atmosphere and I was on my toes all the time :) Thank you for the game! Here's my little playthrough (Polish language) Cheers!

Very short but creepy game! would reccomend for a quick scare

Hello loved this good little game! (even if i got lost >.>) i liked the jumpscares pretty much all of them got me and the build up tp the monster also the fact that you didnt show it much was good since there wasnt much exposure making it even more scary! Heres the playthrough if ya wanna watch! it starts at 5:59

A good little game , it felt quite slender-ish when picking up notes, the atmosphere built up quite well and the asthetics of the home were good.

The game seemed more creepy than scary but it did that well , the only downside is when you are being looked at the movement speed is a little too slow which took some enjoyment out of the gameplay and there could of been a few more atmospheric sounds to create more intensity and keep you on edge.

A suggestion for the future if the game develops could be a little more into the "mysterious force" that dwells in the house, like is it part of the previous family that lived there or is it a murderer that died shortly after massacaring the people within the home before you came along.

Overall a fun experience and a soild game for a short project.

bro i like your game i want to buy this game and published in steam this is my whatsApp number 7979053128 and this is my facebook id - https://www.facebook.com/pranav.roy.520

This was pretty cool.

I enjoyed it quite a bit ! An effective little chiller as it sends you around the house, with some choice moments. The complete lack of an ending, however, is a bit of a letdown after such a fun buildup, but its nice to play a horror game that doesn't rely on everything being pitch black 100% of the time and still delivers a few good spooks.

Reply
Gravity One2 years ago

A simple, fun game. I enjoyed it and I think if anyone wants to relax with a bit of horror, this is the perfect game.

It did creep me out!

I liked it, My only real complaint was that I wish the ending was more fleshed out.. But for a student game, Not bad at all, Keep up the good work!

Great job! I really like it! Made as School Project, this game is a brilliant experience!  I actually made a video playing this amazing game with hilarious reactions. I hope you enjoy. Keep the good work!

A short but fun game! I really enjoyed it! Very creppy idea!

Honestly, the experience may have been better for me if my computer wasn't so bad with the graphics. But overall, I think I had somewhat of a good time playing lol. I didn't expect there to be many/any scares but the creep factor was there and I could feel it. I liked it most in the dark :)

I had a blast playing this :D was fun and scary the ambient noises at the end, messed me up BAD I feel like if I had to run from something it would have been EVEN MORE scary, gods that ending had me scared, this definitely has potential! I don't know if you are gonna do anything else with it, but nonetheless was an amazing find!

Reply
ChasingErin2 years ago
Totally almost lost my cool and freaked out near the end! I wish there were more paranormal events the more you progressed through the game, but only slightly. For instance, things that usually only get caught through peripheral vision and very minimal spooks, just to add to the haunting experience. Had lots of fun playing, thank you for making this game!
Reply
cmodplays2 years ago

Thought it was clever what you did with the pictures in the game.  The game had some scary moments to. :)

Yours was the first game I played for my indie romp.

gotta say I loved the ghosts kinda just showing up in the paintings. I feel if there had been more of that build up through the game, perhaps triggered by note progression. It's creep factor could have gone from a 6/10 to a 8 or 9/10. Keep up the good work Matthieu!!

The game looks very good, and does an extraordinary job of setting the mood. However, nothing scary really happens. It's a lot of build up without much pay off. Essentially, it just needs more substantial scares. Not really even jump-scares... anything really.

For a game 'TOTALLY' made by yourselves, this was extremely good. Had atmosphere and well placed sounds to move the game along. Ending was a bit... meh but overall this looked and played very nicely. A really well made game. Well done to all... :) 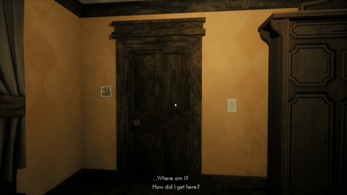 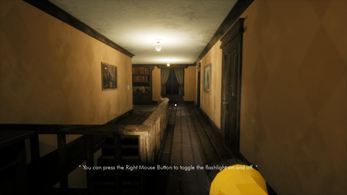 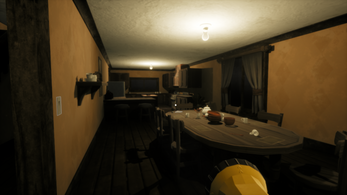 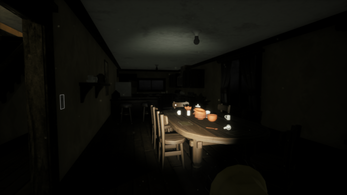 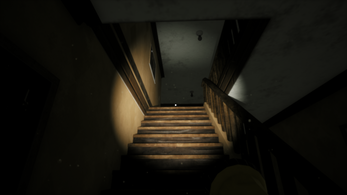